Frailty in LGBTQ+ Adults: notes from a conversation with Dr. Karen Fredriksen-Goldsen 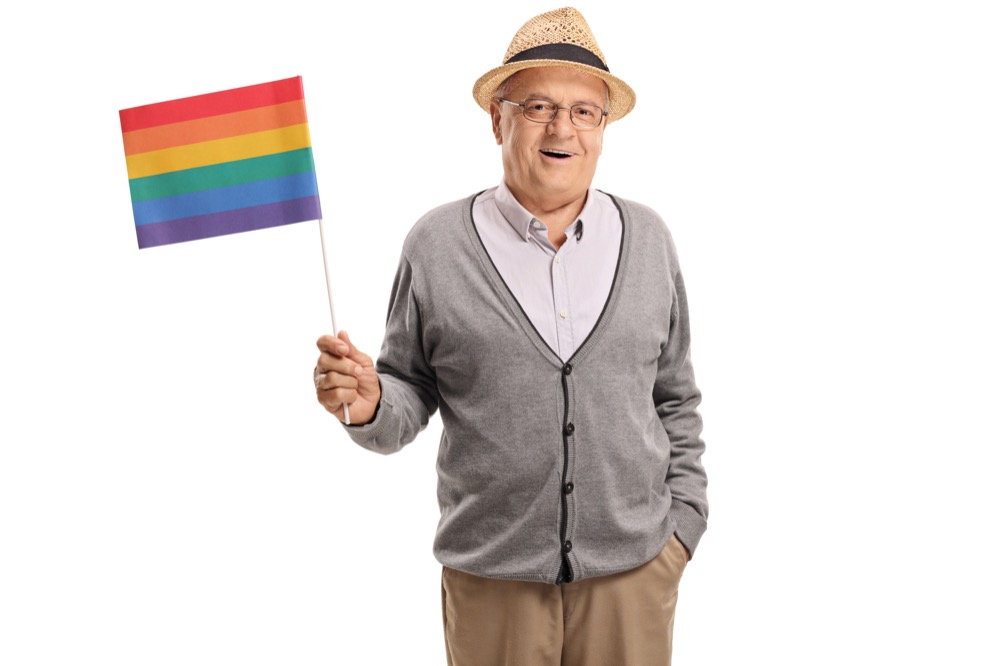 Recently, I asked Dr. Karen Fredriksen-Goldsen, Professor at the University of Washington School of Social Work and Director of the Goldsen Institute, to share her thoughts about frailty in older LGBTQ+ adults. Dr. Fredriksen-Goldsen is a pioneer in research on LGBTQ+ aging.  She led the nation’s first federally-funded longitudinal study of the health and wellbeing of LGBTQ+ people over the age of 50, “Aging with Pride: National Health, Aging, and Sexuality/Gender Study.” When I brought up the topic of frailty-specific insights in this population, Dr. Fredriksen-Goldsen noted that frailty was a significant problem for LGBTQ+ older adults:

“[Frailty] is an area that really warrants more research and understanding in terms of incidence and prevalence [among LGBTQ+ older adults].”

“We do see higher rates of frailty; I know it is different than disability, but we find disabilities as early as the age of 18 [among lesbian and bisexual women]—that creates vulnerability for frailty.”

Research on aging is not the same as a specific attention to frailty, a state of heightened vulnerability to stressors, where studies among LGBTQ+ older adults lag despite a growing body of evidence that the risk factors for frailty are increased in this population. For example,  LGBTQ+ older adults are at increased risks for accelerated aging syndromes and poor health outcomes compared to peers in the general population (Fredriksen-Goldsen et al., 2013; Karen I. Fredriksen-Goldsen, 2017). Trajectories associated with physical and cognitive decline in LGBTQ+ adults are consistent with the consensus on frailty definitions (e.g., Morely et al., 2013), allowing for current frailty research methodologies to be directly employed in future studies in Frailty Science.  Dr. Fredriksen-Goldsen noted that research on LGBTQ+ older adults needs to measure all the factors that mediate frailty in the general population in order to be able to understand the origins of the differences. “[The concept of frailty is] why we have added physical activity [to our research metrics].”

A potentially hidden minority, well-known social determinants of health that can be specific to this this population also contribute to vulnerability (Fredriksen-Goldsen et al., 2011; Fredriksen-Goldsen and Muraco, 2010; see also Healthy People 2020 report on LGBT Health and the AARP’s “Dignity 2022: The Experience of LGBTQ Older Adults”). Dr. Fredriksen-Goldsen observed that much of the general population-based data “doesn’t have good measures” to gather LGBTQ+ status. Even when attempted in surveys assessing same-sex married couples, “research limitations exist," in this case leaving out data on those who are not married.  Some approaches are not well-informed by the community.

For additional insight, I asked Dr. Jason Flatt, Assistant Professor in the Social and Behavioral Health Program at the University of Nevada-Las Vegas School of Public Health, about the dearth of frailty-specific information on LGBTQ+ elders and he noted: “I haven’t seen much in frailty and LGBTQ broadly, but I think if we look at frailty studies in non-LGBTQ+ we would see disparities for subgroups. Transgender and Bisexual older adults stand out for me.” He encouraged researchers to try and identify such subgroups, suggesting:  “I think you could take indicators from the Behavioral Risk Factor Surveillance System or the National Health Interview Survey.”

Interestingly, studying frailty in the LGBTQ+ community may also provide insight into mechanism by which to avoid frailty and preserve resilience. Specific generations within the LGBTQ+ older adult cohort are more resilient and aging better than others (Karen I. Fredriksen-Goldsen, 2017; “Lessons on Resilience from LGBTQ+ Elders.”).  Interventions are in early days for frailty in general (explore our interventions page for more information); and with the added health challenges and counter-balancing community resources (Fredriksen-Goldsen and Muraco, 2010) that can affect the health-span trajectories of LGBTQ+ older adults, ensuring that the frailty research field includes this aspect of diversity will be of value to all.

I posed these frailty-related questions to Dr. Fredricksen-Goldsen in the Q&A after her webinar “Emerging from the Margins: LGBTQ+ Health and Aging” presented to the public by the Center for Aging Population Sciences, University of Texas at Austin, on March 30, 2022. In this talk, Dr. Fredriksen-Goldsen reviewed results on the health, aging, and well-being of LGBTQ+ older adults from "Aging with Pride"--a longitudinal study of 2,450 demographically diverse LGBTQ+ older adults from 2003 to 2010 at 18 partner centers across the nation. Here is a few key take-away points from her talk:

I deeply thank Dr. Fredriksen-Goldsen for entertaining my questions about frailty following this talk, and for sharing her wise insights. The statistics above can be found in fact sheets and other reports online at: www.GoldsenInstiute.org.

Finally, in honor of pride month, we also hope that clinicians working with older adults will consider renewing their engagement with cultural humility vis-a-vis care for their LGBTQ+ older adults, and revisit training in this space. This year, as a first step toward this purpose, Johns Hopkins Medicine’s Division of Geriatric Medicine and Gerontology’s Mosaic Initiative partnered with Medicine for the Greater Good in a project called “Geriatricians Engaged and Ready (“GEARed’) for LGBTQ+ Aging, Health, & Wellness," which has been training a core of 17 clinicians and one staff member on LGBTQ+ older adult healthcare through free CME courses offered by the Fenway Institute’s National LGBTQIA+ Health Education Center. In addition, GEARed providers received enamel pins, badge reels, and stickers for their clipboards with a logo incorporating the recently updated rainbow pride and Transgender flag colors encircling the statement “You are safe with me.” The hope is that such easily recognizable symbols will help to facilitate both patient interactions and new conversations about LGBTQ+ older adult health among colleagues. GEARed providers can thus become better partners in care to achieve better health outcomes across the institution. Anyone wishing to explore implementing such a program in their practice can contact me.